Unfinished drawings for Alex from Newton to Adam, 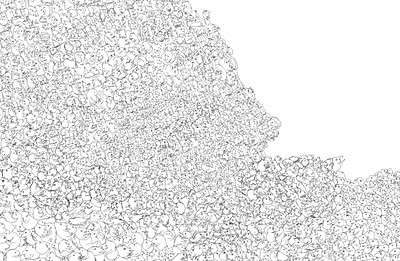 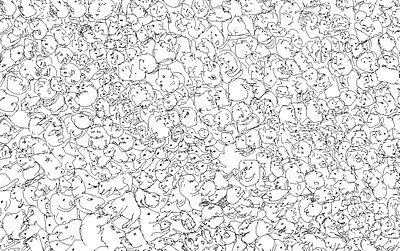 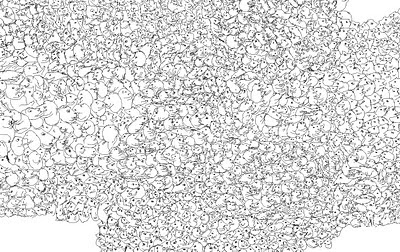 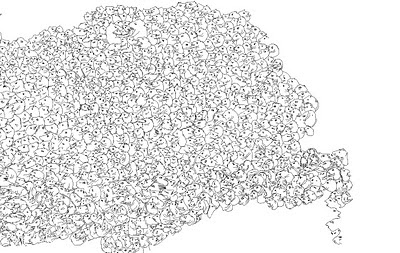 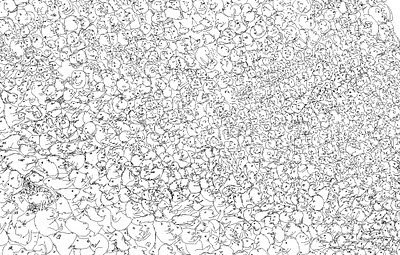 Work In Progress — Wrting to (b)reach you

There are infinite possibilities of expressing oneself and there are various ways of communicating them. I could tell you in person, I could ring you on your mobile or I could speak to someone who would pass on my message to you; but I wouldn’t and I couldn’t. There are voices in my head and whispers through my lips of words in my knowledge that are drowning in an ocean of fear. Exchanges through speech in person can be an overwhelming form of human interaction. Besides, I can never take back what is said. Writing, as an alternative solution, despite its vices, is able to overcome these barricades. Both forms formed by thoughts in our heads may well have been brought up by sounds of language taught through speech and this lesson learnt was most likely accompanied by writings or signs on the wall. Like a debate over which came first, the chicken or the egg, speech and writing are each on both sides of the same leaf. Writing which seems to be on the lower epidermis with the protruding veins against the sun, unless flipped, stays in the shadier plane mostly. This is not to connote that words through speech is more dominant but a reminder that writing is not accompanied by instant body language nor facial expressions, thus in many ways risk misunderstandings in comparison. This is also to indicate that the grey area does not imply only negative notions. The beauty of it, moreover, is when a word paints a thousand pictures. The beauty of it, also, is when writing transcends the solitary self of one being to another in rhythmic and picturesque silence. Socrates may have objected Thoth’s invention of writing because he believed that such reliance will erode memory and wisdom is not attained simply by reading the written; this of which is not entirely illogical. However, on the contrary, what is a sign made not but a record and an evidence that documents an experience or a scenario like a photograph only with a tone of written voice embedded and contains a wee bit more of a mystery that allows interpretation with this vacuum of absolute ‘truth’ or meaning. At least, it triggers one’s memory in certain ways. And what is wisdom not but a brand-new knowledge of having received a handwritten note with three words: “I Love You” or “Go To Hell”; despite some missing links, it will still be an insight. This paper was written to be read; even when it had to be made a ‘read-aloud-presentation’, it had first got to be written out by the chatter in one’s head filled with all those stammering thoughts.

The question lingers. Why do we write; why did I write and what do we hide? As contradicting as it gets, as conflicting as it may be read—the power of words educates, liberates and undeniably complicates. In a chapter of Calvino’s Cosmicomics, Qfwfq stumbled upon a moment as he “realized that with what seemed to be a casual jumble of words (he) had hit on an infinite reserve of new combinations among the signs which compact, opaque, uniform reality would use to disguise its monotony.”1 At the same time, “unless we begin to embody the notion of change in the words we use, we will continue to be lost.”2 From proto-writing of Ice Age cave engravings to graffiti in the interiors of subway trains; from messages tied to the feet of carrier pigeons to a click on the mouse of the electronic mail; from the recollected memories found in the self confessional secret dairies to the public declaration of love to an unidentified other only with the url as the addressee; from a postcard through the mailbox to a wall message on Facebook—we write, like “a network of lines and scratches and reliefs and engravings; the Universe was scrawled over on all sides, along all its dimensions.”3 We write, in whichever language we meant for it to be and however it is meant to sound or to look; for it will be read, at least at first by the writer and soon after in hope of an audience, of an acknowledgement and fingers crossed for an exchange—be it fiction that lingers in a reader’s reality or a conversation with a reply for a start. As we look for the next appropriate word on the thesaurus, we struggle for a story to tell and to share. We hide behind the lines, the curves and the caps. We use a pseudonym and spare ourselves the responsibilities for the use of words and the consequences of its beauty or horror. We use metaphors to beat around the bush; we hypothesize and speculate our multiple editions. “I can’t die, I don’t exist. I’m fictional,”4 said Heloise in the Million Dollar Hotel. We could turn everything into fiction, live life like a play on the stage with intervals whenever we please and draw the curtain whenever, wherever to end. We could use words constructed by others like in a scene of Godard’s Une Femme est Une Femme as the couple fought a cold war equipped with book covers; we could make use of lyrics written by songwriters like the ‘conversation’ made between the Lisbon sisters and the neighborhood boys through the phones and record players in Coppola’s Virgin Suicides. All the incidental connotations and accidental surprises we may find. The fiction we live, written by the lines on our palms or scripted by the obscure desires in our hearts; and the memories we leave, be it simply a name and a lifespan engraved on a tombstone—celebrates our existence, not eternally but as a proof of existence to remind ourselves that “happiness is only real when shared.”5

[…] memory serves us well through this material and returns embodied as the witness to our having transformed certain moments into a record on a page while the temporal life of writing strives towards a future, longing for that recovery that is available, again and again, through the physical form inscribed with information in the trace of material. Writing contains many paradoxes and tensions in its materiality—between idea and material, personal and social, logical structures of thought and the illogical record of lived experience.6

As writing can connect the author of the text with the reader, it can also become a miscommunication and create a gap between the sender and the receiver. It can open up countless worlds and at the same time cause an earthquake from a rift. It is a two-way traffic and never the fault of a single party as it takes two hands to clap and we perceive the world differently. Just as Dean (k)yK “lacking imagination as he did, when a word began to have one meaning, he couldn’t conceive of it having any other.”7 or as of someone who is overly imaginative complicates a simple sum and tries too hard to read between the lines. As there’s “The Art” of many processes in life, the art of communication through writing of pure words or as of experimental wordscape, is definitely one tricky technique to grasp. One useful reminder will be:“ To write is to let fascination rule language.”8

The following are found pages of the correspondences between two parties discussing the relationship of reading and writing. Their dialogue, ironically through monologues, of letter-writing debated the various forms and functions of the ‘written’, the pleasures and barriers taken from two different angles. Their process of exchange revealed the multiplicity of the use of written language and visual writing; from self to society and preoccupations to cultural cultivations. Their realization and acceptance of “man’s position in the world is defined by the fact that in every dimension of his being and behavior he stands at every moment between two boundaries,” and “this condition constitutes the formal structure of our existence, manifesting itself in countless ways in the diverse provinces, activities and destinies of human life.”9 As is of the indistinct line between fiction and reality, truth and lies, good and bad, written and read, to and from, the author and the ghost—we ponder as we make the next mark on the paper…

1 Calvino, Italio (2009) The Complete Cosmicomics, How Much Shall We Bet? P.89, Penguin Classics

7 Calvino, Italio (2009) The Complete Cosmicomics, How Much Shall We Bet? P.85, Penguin Classics

9 Simmel, Georg (1972) On Individuality and Social Forms, The Transcendent Character of Life. P.353, The University of Chicago Press